The urgency needed for banks to enter the BNPL space

The pace of change in credit is rapidly increasing. Retail finance seems to have grown exponentially in the past few years as a result of changing consumer habits at the point of sale. 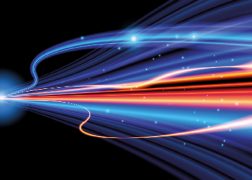 The global retail finance market is predicted to more than double to $2.5tn over the next year

In fact, it’s moving at such a pace that traditional lenders are struggling to keep up. But this may all be about to change.

Conduct authorities and financial regulators around the globe have also noticed the growing market and are looking on concerned; so far, it has been able to develop in a completely unregulated capacity, with hyper-growth fintechs reacting fastest to the market opportunity.

But traditional lenders, well versed in years of regulatory changes, now have an opportunity to enter and perhaps even to get ahead – but they have to move fast.

The credit industry, built up over decades by traditional lenders, has been completely flipped overnight by the fintech disruptors introducing buy now, pay later (BNPL), and consumer culture around credit has changed as a result.

But banks can now look to get ahead in the space as authorities regulate the market and fintechs scramble to meet new rules, gaining the potential to not only put their foot in the door of retail finance but dominate the trillion-dollar market.

The banks that will successfully achieve this are those that strike while the iron is hot.

The option of interest-free instalment plans at the point of sale has been welcomed with open arms by consumers. The global retail finance market was valued at $1.2 trillion in 2017, which is predicted to more than double to $2.5 trillion over the next year, seeing an average growth of 20% per annum.

The speed with which this market has appeared and snowballed has meant that slow-moving banks, regulators and other authorities have been trying to catch up to the fast growth fintechs racing ahead.

However, their days of making hay in an unregulated sector could be coming to an end. Financial conduct authorities in the UK, US, Australia and other countries have recognised the need for regulation of retail finance, which could see a second revolution of the credit market in just a few years.

Up until now, banks haven’t cashed in on retail finance. These established lenders are businesses built upon consumer trust, reliability and security – an unregulated, volatile sector has the potential to undermine this long-standing reputation. The BNPL space, so often the poster child for retail finance, is taking something of a reputational hammering.

But as regulators catch up, so too can banks. Not only are they already well versed in regulatory compliance, operating in line with FCA expectations, they now find an opportunity to push ahead of disruptors as they have to re-establish their own business models in line with new regulatory frameworks.

That’s not to say that new market entrants will continue to be unregulated – it is really a matter of when, not if – but the introduction of these regulations will likely slow them down.

Therefore, the urgency for banks to act now cannot be stressed enough; an opportunity as crucial as this may not come again.

And while consumer spending on credit cards has seen an 11% decrease since 2020, with BNPL spending increasing by 87% in the same period, banks can no longer afford to sit on the sidelines.

But how can banks develop retail finance options at pace?

Fast entry to a fast market

While the retail finance market moves at lightning speed, technology is moving faster, and with it comes the rise of Platform-as-a-Service (PaaS) solutions. They can be used as a conduit to take banks to market, fast, without the risk, expense and, most crucially, the time it takes to develop technology in-house.

There is a threat of these solutions taking over the customer journey, as we’ve seen time and time again when large corporations ‘partner’ with solutions and seem to disappear behind their branding. To avoid this, banks can use a whitelabel platform.

This puts the entire customer journey from the point of sale into the hands of lenders, and gets them into the market in a matter of months, if not weeks.

The wave of retail finance regulation is slowly making its way across the globe. Following the FCA’s proposed regulations for the UK market in October, outlining plans to protect end customers through a Consumer Duty designed to focus on better consumer outcomes in this emerging market, several other financial authorities around the world have followed suit.

After a period of consultation with policy makers, the European Commission released its own proposals for BNPL regulation, by way of revisions to its 2008 Consumer Credit Directive.

And further afield, Australia has already introduced a self-regulated approach to the industry while in the United States, in most cases, BNPL is currently regulated by a loosely fitting combination of federal and state laws under various consumer credit regimes.

So, as retail finance regulation comes into effect worldwide, established global banks can rely on the multi-geo functionality of whitelabel PaaS solutions in the market too.

The third definition of credit

The credit industry was firmly rooted in traditional banks for years, and this is where the term ‘credit’ originated. But with the rise of fintechs and the retail finance market, the word took on a completely new meaning.

Now, with the emergence of regulation, we could see the word being redefined all over again as the disruptors are disrupted and banks reclaim the credit space by acting fast after regulation is rolled out.

She has previously held leadership roles at MarketInvoice and Deutsche Bank.