Meta’s foray into crypto via its proposed digital currency Diem (formerly Libra) has officially come to an end. 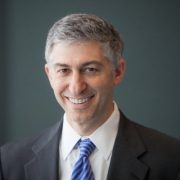 The Meta-funded Diem Association, the organisation set up to run the project, has sold its intellectual property and tech assets related to its “blockchain-based payment network infrastructure” to San Diego’s Silvergate Capital in a $182 million deal.

Announcing the sale, Diem CEO Stuart Levey says that while the project was designed to be a more inclusive payment system, “it soon became clear from our dialogue with federal regulators that the project could not move ahead”.

Following the acquisition, Silvergate says it intends to launch a stablecoin in 2022, “enabled by the assets we acquired today and our existing technology”.

Launched in 2019 under the moniker Libra, the Facebook-funded stablecoin ran into pushback from regulators and legislators from the outset.

But the Diem project may live on through its influence on the wider debate around stablecoins, crypto and blockchain technologies, particularly as they pertain to financial inclusion and concerns around fraud and criminal activity.

Diem CEO Levey adds that one of the “highest priorities” for the Diem team was building in controls to protect it against misuse by illicit actors.

“We addressed that concern in ways that are novel in the industry, implementing numerous controls that were recognised as innovative by regulators,” he says, including prohibiting anonymous transactions.

“In the United States, a senior regulator informed us that Diem was the best-designed stablecoin project the US Government had seen,” Levey gushes.

Following the sale of Diem, the last person from the original Libra phase still involved in the project, Christian Catalini, says the original white paper was “possibly ahead of its time” but was also responsible for kickstarting public sector progress on central bank digital currencies (CBDC).

Catalini says stablecoins such as Diem “were never the end game, and with CBDCs we may witness the rise of truly open, interoperable public infrastructure that can support competition in payments and financial services”.

Signing off, Levey says the team remains “confident in the potential for a stablecoin operating on a blockchain designed like Diem’s to deliver the benefits that motivated the Diem Association from the beginning”.