How fintech can help women and girls solve the climate crisis

When considering climate solutions, everything from new technology to political policy comes to mind, but we rarely think about gender equality. 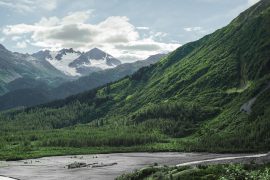 If you want to save the planet, gender equality should be at the heart of climate action

The entrepreneur and marine scientist Rumaitha Al-Busaidi made this the focus of her recent TED Talk, Women and girls, you are part of the climate solution, suggesting that the structure of global societies need to change. Educating and empowering women and girls around the world is a vital step in dealing with the climate crisis, and there are some powerful statistics that prove it.

Girls’ education has been listed as the fifth most impactful solution to limit global warming. Taking steps towards universal education, as well as investing in family planning, could result in a reduction of 85.42 billion tonnes of C02 equivalent gases by 2050.

Evidence shows that gender equality and empowering women has a positive impact on population health and security and leads to more people- and planet-friendly decision making in the household and on a national scale.

I was shocked when I read that a staggering 80% of people displaced by climate change are women. A large percentage of women in developing countries work in agricultural production, and with better knowledge, they can incorporate people- and planet-friendly farming and climate-smart agriculture.

Studies have found that countries with higher female parliamentary representation are more likely to adopt policies that combat climate change, demonstrating that women are important drivers in creating a cleaner and healthier world.

Despite the important impact of education, there are currently 130 million girls around the world who are prevented from going to school by economic, cultural and safety-related barriers.

Global programmes that are helping to combat some of the issues include the Malala Fund, Plan International, the Wonder Foundation, UNICEF and Education Cannot Wait. And as a fintech company, you could show your support for one of these organisations or others to help education become a climate solution.

As a communication team, you can champion gender equality so everyone’s voice can be heard

From investment to changes in your own workplace, there are several things you can do to help champion women’s voices:

What we need to remember is that gender equality is one of the UN Sustainable Development Goals (SDG) created to achieve a better and more sustainable future for all, but more needs to be done to highlight its importance.

Women are not sufficiently represented in climate change talks, despite often being on the frontline of the impacts of global warming. Constituting the majority of the world’s poor, women often lack funds to travel and access important conferences on climate change strategy.

Use the above suggestions to make an impact on climate change and help empower women and girls. If you want to save people and the planet, gender equality should be at the heart of climate action.

She has been implementing ESG campaigns in eight sectors, across six countries over the past 20 years.

Her campaigns have positively impacted over 150,000 employees and 200,000 customers and have closed over £300m in investment deals. Some of the clients she has advised include The World Health Organisation (WHO), HSBC, Barclays, M&S, SUEZ, Grundfos, Philip Morris, USAID, and the Saudi Government.

Get in touch with Gihan through LinkedIn or Twitter @gehanam.