FinTech Futures Jobs: Three companies that are hiring this spring

Are you thinking about getting a new job, but you’re not entirely sure where to start? 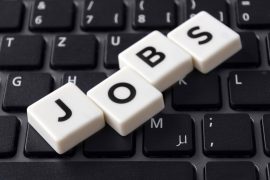 We know how daunting it can be, which is why we’re here to help as much as possible.

We’ve hand selected three really great companies that are actively hiring right now. Check them out and get started on your next journey!

Hazy is a synthetic data company that accelerates innovation while increasing privacy at some of the world’s leading financial institutions. And they have fun and (sometimes) wear purple doing it.

They were founded in early 2017 by Harry Keen (CEO), James Arthur (CTO emeritus) and Dr. Luke Robinson (CSO). With one foot in big business and the other in academia, Hazy stands on the belief that privacy by design should not slow down innovation.

Originally a UCL AI spin-out, London-based Hazy was initially incubated by Post Urban Ventures and cybersecurity accelerator CyLon. The start-up began trying to fix the flaws of traditional data redaction and then data anonymisation. They soon discovered anonymised data will always pose a risk to re-identification.

Over the years Hazy has attracted a team of the best data scientists and engineers in synthetic data and privacy, and with roots in regulated industries. Together they are incorporating cutting-edge research as soon as it’s published into production.

They have also grown their leadership team including their CTO Olivier Van Acker and COO Andrew Keen, who each bring more than 20 years’ experience in the enterprise software space. Together they are all laying the groundwork for an information economy that allows you to work with people’s data while always respecting their privacy.

Hazy is always looking for talented team members. If you have data science or ML experience relevant to data privacy or synthetic data and love working on big challenges as part of a close-knit team, check them out now!

Starling Bank is a leading digital bank on a mission to disrupt the banking industry. They have built an app with smart money management tools to help customers live a healthier financial life. They also offer groundbreaking B2B banking and payments services.

Since their launch in 2014, Starling Bank has surpassed 2.5 million accounts in total, including 400,000 business accounts for small and medium-sized enterprises (SMEs). Their total deposits, meanwhile, have surpassed £7 billion over the same period.

They are a fully licensed UK bank, with the culture and spirit of a fast-moving, disruptive technology company. They’ve won the Best British Bank award four years running, and now employ more than 1,700 people across their London, Southampton and Cardiff offices.

Starling Bank is an equal opportunity employer, and they are proud of their ongoing efforts to foster diversity and inclusion in the workplace. Individuals seeking employment at Starling Bank are considered without regard to race, religion, national origin, age, sex, gender, gender identity, gender expression, sexual orientation, marital status, medical condition, ancestry, physical or mental disability, military or veteran status, or any other characteristic protected by applicable law.

The good news? Starling Bank has a number of really exciting open positions at the moment, from data science to customer service, and everything in between.

At Monzo, they’re building a new kind of bank. One that lives on a user’s smartphone and is built for the way we live today. By solving problems, treating people fairly, and being totally transparent, Monzo believes they can make banking better.

Monzo has brought together a talented team with diverse experiences, backgrounds, and skills. They believe there should be an alternative to the banking of the past: and they’re focused on solving problems, making financial life simpler, and giving users total control from their smartphone.

Internally, Monzo encourages an open, collaborative, and inclusive working environment. They contribute to open source software, and continually engage with their wonderful community. They’re hiring talented, creative problem-solvers to help them build the bank of the future.

Less than five minutes’ walk from Liverpool Street, they are a team of just over 1,600 people building a bank. They take care of everything, from regulation to app development to card distribution and more, so there really is a role for everyone.

If you’re on the lookout for an exciting new job, then check out the FinTech Futures Jobs portal, where you may just find your dream role.

Looking to post your vacancy on the FinTech Futures Jobs portal to attract the best candidates in the industry? Click here to find out how to make this happen.