Zein Malhas has joined Blink, a new challenger bank in Jordan, as its CEO. 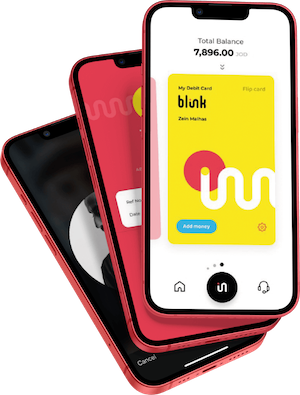 Malhas moves from Capital Bank of Jordan, where she spent nearly four years in various senior roles, most recently as chief digital officer.

Previously, she also worked at Standard Chartered and Housing Bank for Trade and Finance.

Blink is a new mobile bank in Jordan, launched by Capital Bank of Jordan. It comes with an app and a debit card. It also offers a credit card, money transfers and ATM deposits and withdrawals.

It says it takes about 15 minutes to open a Blink account and all that’s needed is a smartphone and a valid Jordanian national ID.

“Bank like you’ve never banked before. With more freedom, more control and more flexibility,” the start-up says on its website. “It only takes a Blink.”

The team behind Blink is “a group of young, passionate, tech-savvy and diverse individuals tied together by a solid moral code”, the company says.

For its technology, Blink uses Codebase Technologies’ Digibanc platform. The vendor says the challenger bank incorporates “an innovative user interface (UI) system based almost exclusively on swiping – similar to how millennials and Gen Z-ers interact with social media – the first of its kind for a neobank”.