San Francisco-based fintech start-up Tribal has raised $60 million in a Series B funding round led by SoftBank Latin America Fund. 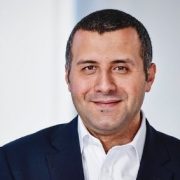 The round also saw participation from Coinbase Ventures as well as existing investors BECO Capital, QED Investors and Rising Tide.

Tribal is a B2B payments and financing platform for emerging markets. It initially launched its beta spend management platform to enterprise customers in December 2019.

Tribal chief strategy officer Mohamed Elkasstawi says: “At the intersection of crypto, credit, and payments, there are amazing opportunities for fintechs in emerging markets.”

Much of the Series B cash will be spent supporting the firm’s rapid growth across Latin America, building out its local teams in Brazil, Mexico, Colombia, Peru and Chile.

Tribal says the Latin American region represents a $175 billion market opportunity led by Mexico, which is its biggest market.

In Spring 2021, the company also closed a combined Series A and debt round of $34.3 million led by QED Investors as well as PFG, with additional participation in the equity round by SDF.

The latest funding brings the company’s total raised to $140 million.