SME banking platform Novo has raised $90 million in a Series B funding round, valuing the company at $700 million. 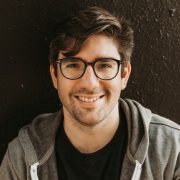 The round was led by Stripes and saw participation from existing investors Valar Ventures, Crosslink Capital, Rainfall Ventures and BoxGroup.

It follows a Series A round held in June last year in which the company raised $40 million. Altogether, Novo has now raised $135 million in total funding.

Rangel says: “The more you can help a small business remove all red tape and friction around cash flow, the better off that business is.”

Stripes partner Saagar Kulkarni, who will be joining Novo’s board of directors, adds that more than 30 million small businesses, “despite being the heart of the US economy”, struggle to access basic financial services as they are often overlooked by big banks.

Novo claims to have surpassed $5 billion in transactions since its inception and has recently moved to new headquarters in Miami.