Challenger bank Monument, which describes itself as “the first UK neo bank focused on the needs of 4.8 million ‘mass affluent’ clients – professionals, entrepreneurs, property investors, and others”, has appointed a new chief executive officer (CEO). 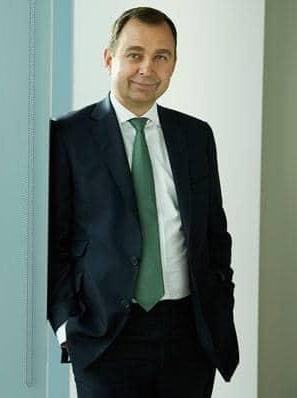 Ex-Barclays Ian Rand is the new CEO of Monument Bank

This is Ian Rand, formerly CEO of the business banking division of Barclays Bank. Rand takes over from Mintoo Bhandari, Monument co-founder and current CEO, who is moving to the role of global head of corporate development at the bank.

Rand has over 20 years’ experience in banking, including 12 years at Barclays and JP Morgan before that.

He describes his new role (which is awaiting regulatory approval) as “an enticing opportunity”.

“To date, Monument has had an amazing journey, achieving a number of milestones, more recently receiving its full banking licence and launching property investment lending and savings propositions,” he says.

“Now is an exciting time to help Monument reach new heights as we firmly establish our position in the market.”

Commenting on the appointment, Bhandari says he “has long held the belief that there would come a point in which a highly experienced, career banking executive, would be most appropriate to take the reins from me to scale the bank”. In his view, Rand shares the bank’s “vision and enthusiasm to make Monument a valuable, impactful, and durable institution”.

The bank takes its name from the Monument, a commemoration of the Great Fire of London and celebration of the rebuilding of the capital.

“It represents the end of the old era and a transition to modernity and the future as wooden buildings were replaced with the newer, stronger structures that are now synonymous with the City’s longevity and security,” the bank explains.

“And many people don’t appreciate the Monument was also built to serve as a giant telescope to enable a level of vision that didn’t exist previously.”