Mexico City-based fintech start-up Clara has secured $70 million in a Series B equity financing round. 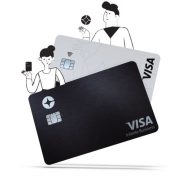 Clara raised $35 million in a Series A earlier this year

The firm says the new cash injection takes its valuation to $1 billion just eight months after launching its operations in Mexico, making it “the fastest Latin American start-up to obtain unicorn status in the region”.

The Series B was led by technology investment firm Coatue with participation from ICONIQ Growth, Box Group and Gaingels as well as existing investors DST, monashees, General Catalyst, Avid Ventures, Global Founders Capital, Picus Capital and Alter Global, among others.

The company has now raised around $160 million in total equity and debt financing to date.

As part of the deal, Michael Gilroy of Coatue will also join Clara’s board as its first external member.

Founded in 2020 by entrepreneurs Diego García and Gerry Giacomán Colyer, Clara is an end-to-end corporate spend management solution for companies in Latin America.

The start-up provides corporate credit cards, a billpay product and an expense management system to help businesses maintain control over their finances.

The company operates under its principal member license with Mastercard, allowing it to issue credit cards directly.

It claims nearly 2,000 customers, including Kavak, Jüsto, JOKR and Casai.

Along with the new financing, the company is also expanding into Brazil. Clara has formed a team of 40 staff in the country and says it starts its Brazilian operations “with a group of nearly 100 company customers using its products”.