Payment platform Jeeves has signed a partnership with Mastercard to offer locally-issued physical and virtual cards for Mexican businesses. 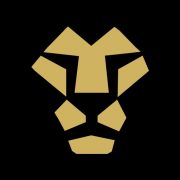 Jeeves was launched in January 2021

Launched in January 2021, Jeeves is an expense management and business banking company and a Mastercard Principal Member with both physical and virtual cards.

The company claims to have onboarded over 700 businesses in Mexico, including Runa, Moons, Bitso, Kavak and Jüsto.

The New York-based start-up last raised $57 million in a Series B funding round in September, which took its valuation up to $500 million.

Mastercard and Jeeves are launching the first physical card in Mexico that allows companies to pay in any local currency from all countries in which Mastercard currently operates.

Dileep Thazhmon, CEO and founder of Jeeves, says: “The start-up ecosystem in Mexico and all of Latin America is thriving.”