Berlin-based start-up re:cap, which offers a non-dilutive, revenue-based financing platform for businesses, has raised $111.5 million in what it describes as “one of the largest seed financing rounds among European fintechs”. 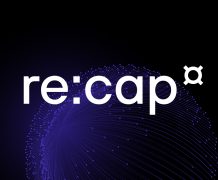 The start-up raised $1.5m in a pre-seed round in May

The funding is made up of a combination of growth capital and liquidity for its platform.

Felix Capital, Project A Ventures and existing investor Entrée Capital all contributed to the round.

The company raised $1.5 million in a pre-seed funding round back in May and has since grown its team to 15 employees, featuring former execs from Google, Solarisbank, N26 and NIBC.

With the new round of funding, the start-up says its platform is “now officially launching and the first set of customers have received financing terms”.

Re:cap says its offering allows “recurring revenue businesses to boost their growth without any dilution or taking on debt”.

The platform also allows institutional investors to invest directly in the recurring revenues of software companies.

The firm says the new capital will be used to further grow its team and invest in product development. It also has plans to expand into new European markets in the new year.