Embedded finance platform Ant Money has raised $20 million in a Series A funding round and completed the acquisition of video game-focused savings app Blast via a stock-for-stock merger. 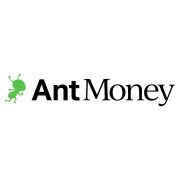 Ant Money was co-founded by Michael Gleason and Walter Cruttenden

The acquisition of Blast takes the number of apps under the Ant Money umbrella from one to three – ATM, Blast and Learn & Earn.

ATM is designed to help users generate micro-income that is then invested in the stock market through robo-advisor Ant Money Advisors.

Blast is primarily a savings app for gamers that allows users to save money while playing video games. The Learn & Earn app helps people earn money for learning new skills. These funds are also automatically invested in the stock market, enabling the user to learn how the markets work while building their first investment account.

“Building an investment account early in life can help people on the road to financial success, but many people don’t start because they lack the knowledge or funds,” says Ant Money co-founder Walter Cruttenden.