Singapore-based digital wealth app Endowus has raised an additional $27 million (SGD 35 million) to accelerate its growth in Singapore and across Asia. 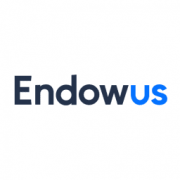 The firm has now raised $50 million in funding this year

This brings the company’s total funding this year to $50 million (SGD 67 million).

The latest funding round was co-led by Singapore-based global investor EDBI and Prosus Ventures, the investing arm of Netherlands-listed Prosus, which is majority-owned by Naspers (the largest shareholder of Tencent).

New investors were Naver of South Korea and Z Venture Capital, a Japan-based technology conglomerate that owns the LINE messaging app and is owned by SoftBank Corp.

Also joining the round as additional new investors were clients of Endowus, including K3 Ventures (founded by Kuok Meng Xiong and an early investor in Grab and Bytedance) and Wee Teng Wen (founder and CEO of The Lo & Behold Group, a Singapore lifestyle and F&B group).

Returning investors included UBS, Singtel Innov8, and Lightspeed Venture Partners. Employees of Endowus, who remain the largest shareholders of the company, also added to their investments.

The company claims total assets under advice of more than SGD 1.5 billion, less than two years after its full service launch.

Endowus co-founder and chairman, Samuel Rhee, says the new capital will help the firm to “stay focused on our long-term aim of solving the meaningful pain points consumers face when managing their money, including retirement”.

Endowus’ key growth initiatives are cited as geographic expansion, the roll-out of new product offerings, and further development of its technology platform to enhance client experience. The company also plans to double headcount across core functions.