Brewin Dolphin, one of the UK’s largest wealth managers, has gone live with Avaloq’s core banking solution. The project was first announced in early 2019. 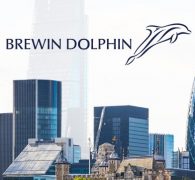 The new platform, delivered on a Software-as-a-Service (SaaS) basis, will replace a legacy core system and is “a key pillar in Brewin Dolphin’s focus on greater operational efficiencies as well as technological agility”, Avaloq says.

The legacy and the new tech will run in parallel for some time, “to de-risk a very complex systems integration”, the vendor says. The old system will be eventually decommissioned next summer.

Sarah Houlston, chief operating officer at Brewin Dolphin, describes the initiative to modernise the company’s core processing solution as a “transformation journey” and commends “Avaloq’s flexibility and the collaborative nature of the project delivery team”.