The heat is on for banks to cool the planet

While the focus at COP26 was on policy creation by politicians, a strong emphasis on the banking sector’s response was hailed by many, including former governor of the Bank of England Mark Carney, who called for banks to truly commit to tackling climate change. 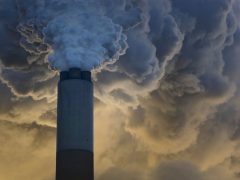 According to recent research by Which?, 95% of bank customers do not know what their banks’ plans are to reduce their carbon footprint. This is despite 47% of those polled saying that it is important for banks to reduce their environmental impact.

Ethical Consumer reviewed 36 UK banks to find out what they were doing about climate change and only 14 responded. Of those that responded, 11 simply directed researchers to their website.

Of all the banks contacted, only Triodos was able to provide a detailed breakdown of where customer deposits were being invested. Nationwide, Co-operative Bank and Starling did however make it clear they do not invest in fossil fuel companies.

Despite this low response rate, since starting in April this year, the Net Zero Banking Alliance already has 90 banks from around the world committing to hit a net-zero emissions target by 2050.

Meanwhile, the Bank of England is currently stress testing 19 companies (banks and insurance companies) against three different climate scenarios projected over the next 30 years. Results will be published next year.

While customers may not see everything that banks are doing, there is certainly a lot of activity within and around banks to contribute towards saving the planet. Banks are:

I know I could easily add quite a few more bullets. I’m also sure that in some cases there are more words than actual action. A report by the Task Force on Climate Related Financial Disclosures (TFCD) highlights that banking has the lowest percentage of disclosures for climate-related targets when compared with all other industries. 19% of banks met TFCD standards, compared to 44% for the energy industry and 35% for the transport industry.

Sarah Breeden, the executive sponsor for climate change at the Bank of England, commented on their climate stress tests for banks: “By highlighting the risks of tomorrow, they can help guide actions today. I encourage all firms, not just those participating, to engage in and learn from this exercise.”

The threat posed by climate change has been known for decades, and maybe the way countries have collaborated to deal with Covid is a guiding light showing how we must deal with this next more serious challenge.

Banking has a bigger role to play in climate change than many of us realise, but banking customers also have a strong role in choosing their banks according to how well they are reporting and executing their climate change plans.

I’m just saying that if your bank doesn’t prove they are doing their best for the planet, isn’t it time to choose one that is?