The Indian government has taken the next step in its proposal to create a governmental digital currency and to ban all private cryptocurrencies. 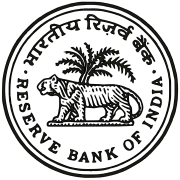 The RBI has “serious concerns” over crypto

To this end, it has just announced that the ‘Cryptocurrency and Regulation of Official Digital Currency Bill’ will be introduced in its winter session.

The wording for this reads: “To create a facilitative framework for creation of the official digital currency to be issued by the Reserve Bank of India”.

The Bill also seeks to prohibit all private cryptocurrencies in India, however, it allows for certain exceptions to promote the underlying technology of cryptocurrency and its uses.

The clarification suggests the government will allow the distributed ledger technology that underpins cryptocurrencies, while ruling out the currencies themselves.

Indeed, this was also stated last week by the Reserve Bank of India’s governor, Shaktikanta Das, who says the bank has “serious concerns from the point of view of macro-economic and financial stability” but that blockchain technology can thrive without cryptocurrencies.

To a degree, the move was expected, as it reflects the government’s announcements at the start of this year. On the other hand, it looks to contradict recent suggestions that the government might relax its view on cryptocurrencies.

The reiteration of the Indian government’s intention saw a fall in the value of several digital currencies.

The stance, at odds with the enthusiasm of some countries, is closely aligned with that of China, which is similarly seeking to ban all cryptocurrencies apart from its planned one.