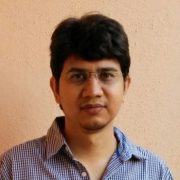 The company says the new capital takes its valuation up to $3 billion, meaning the firm has now almost tripled its valuation over the last six months.

In April, the company raised $83 million in a Series D round led by Tiger Global, which valued the company at just over $1 billion.

CEO and co-founder Lalit Keshre says his firm has “lowered the barriers to investing across India” and is “democratising access” to investments.

The company claims to have more than 20 million users across the country.

Groww will use the cash to build out its tech infrastructure and scale its team as it looks to expand its reach into underserved parts of the country.

The fintech says it also plans “to continue making significant investments in improving the accessibility of its financial services”.