Google pulls Plex after less than a year in development

Google has canned its Plex offering, which would have synced with Google Pay and seen the tech giant take on banking incumbents. 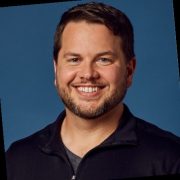 Former PayPal exec, Bill Ready, could be behind the nixing of Plex

The cancelled Google Plex is due to missed deadlines and the departure of a Google Pay executive behind the project, the Wall Street Journal reports.

The move comes two years after the financial wellness and money management platform, which would also have provided accounts and cards through partnerships with banks such as Citigroup, was first announced.

Plex was to have no monthly fees, overdraft charges or minimum balance requirements and users would have been able to request a physical debit card, which would have run on the Mastercard network.

Google planned to roll the platform out across 11 bank and credit union partners, who would offer Plex accounts to all customers.

The firm’s new strategy, according to a Google spokeswoman, is to deliver “digital enablement for banks and other financial services providers rather than us serving as the provider of these services.”

Talking to CNBC, Google says its work with banking partners made it “extremely clear” that there’s consumer demand for “simple, seamless and secure” digital payments for online and in-store transactions.

According to the WSJ, Citigroup had 400,000 people on the waitlist for Plex, which suggested a reasonable degree of interest in the service.

A Citigroup spokeswoman said the bank now plans to pitch other accounts to potential customers who signed up for Plex.

Plex may also be yet another victim of the COVID-19 pandemic, which threw it off schedule.

The man behind Plex, Caesar Sengupta, left Google in April and was replaced by former PayPal exec Bill Ready, who according to WSJ adopted a less “disruptive” strategy to Google’s relationship with the banking sector.