Cross-border payments fintech TransferGo has raised $50 million in a Series C funding round, bringing the total raised to date by the company to $77 million. 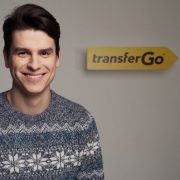 London-based TransferGo offers a service that transfers funds to local bank accounts before sending it to an international recipient, something it claims avoids cross-border fees and keeps costs low.

The company secured $10 million in a venture funding round last year and expanded its services to new markets including Japan, New Zealand, Saudi Arabia, Singapore and Ghana, signalling a hefty investment into South East Asia and Africa.

Founder and CEO Daumantas Dvilinskas told the Evening Standard the new cash will go towards expanding the company’s offering and reach.

Dvilinskas adds the ambition over the next five years is to take the company public.

“The number one priority is to grow our customer base three or five times in that period… and to introduce new payment and financial options,” he told the Standard.

TransferGo has 2.5 million customers and experienced 166% growth in the second quarter of this year thanks to an increase in average transaction volumes.

The company signed a deal with Thought Machine to deploy its cloud-based Vault core system earlier this year.