The Securities and Exchange Commission (SEC) has warned it may sue crypto exchange Coinbase if it goes ahead with a crypto lending initiative. 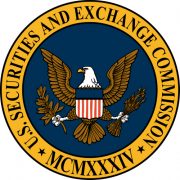 In a statement on Wednesday, Coinbase chief legal officer Paul Grewal says the firm has been “proactively engaging” with the SEC about Coinbase Lend for almost six months.

Despite this, Coinbase received a Wells notice on 1 September, stating that if the exchange goes ahead with Lend, the SEC intends to sue. Lend has now been pushed back until October at the earliest.

Coinbase CEO Brian Armstrong took to Twitter to speak out about the regulator’s “sketchy behaviour”, taking issue with the SEC’s designation of lending as a “security” and highlighting the fact many other crypto exchanges provide lending programmes.

Grewal says Coinbase’s Lend programme doesn’t qualify as a security and users won’t be “investing” in the programme, but rather lending the USD Coin they hold on Coinbase.

Grewal claims that Coinbase has complied with the SEC’s requests for information and fully cooperated with an investigation the agency opened in June, following Coinbase’s public announcement of the Lend programme.

He concludes that additional clarity will be a “big help” in regulating the industry, adding “mystery and ambiguity only serve to unnecessarily stifle new products that customers want and that Coinbase and others can safely deliver”.