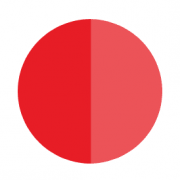 The start-up says the new injection brings its total valuation up to $3.7 billion, more than tripling its previous valuation of $1.2 billion following its $100 million Series C round in March this year.

Papaya has now raised $440 million in total capital since its seed round in 2016.

The Series D was led by Insight Partners and featured participation from Tiger Global as well as existing investors Greenoaks Capital, IVP and Workday Ventures, among others.

The new funding will be used to fuel its growth and expand its client base.

Papaya Global co-founder and CEO Eynat Guez says: “This latest round of funding, which follows our Series C only six months ago, will allow Papaya to continue its hyper-growth as we expand globally.

“With companies switching to remote work and compliance becoming increasingly complex, we are seeing substantial demand for Papaya’s solution, even in a challenging business environment.”