Elizabeth Warren calls on Fed to break up Wells Fargo

Senator Elizabeth Warren has called on the US Federal Reserve to break up Wells Fargo. 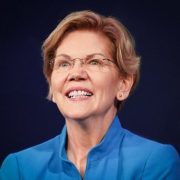 Reported widely in the national US press, the Massachusetts Democrat wrote to the Fed’s chair, Jerome Powell. She called on the central bank’s board of governors to use its authority to split Wells Fargo’s banking unit and financial services businesses. She said the Fed should do so by revoking Wells Fargo’s licence to operate as a financial holding company.

Warren wrote: “The Fed has the power to put consumers first, and it must use it. By invoking its full authority to protect consumers and the financial system and requiring Wells Fargo to separate its consumer-facing banking arm from the rest of its financial activities, the Fed can ensure that Wells Fargo faces appropriate consequences for its longstanding ungovernable behavior.”

While Wells Fargo did not directly respond to Warren, it put out a press release highlighting efforts to change its practices and meet regulators’ demands. It said: “We are a different bank today than we were five years ago because we’ve made significant progress.”

The statement reads: “Serving customers with the highest standards requires a strong risk and control foundation. That’s why meeting our own expectations for risk management and controls – as well as our regulators’ – remains Wells Fargo’s top priority.”

It says it has launched an enterprise-wide Risk and Control Self-Assessment programme, implemented a new incentive plan for bank branches that it claims is governed by stronger oversight and controls and focused on customer relationships, and made “significant progress” in reducing the total number of customer remediations and accelerating remediation payments.

In 2016, it was revealed that Wells Fargo had created millions of bank accounts in real people’s names without their knowledge or consent. Wells Fargo has paid more than $4 billion in penalties and Washington has increased its scrutiny of its practices since the scandal came to light. The Fed also put an asset cap on Wells Fargo in 2018.

However, last week, the Office of the Comptroller of the Currency imposed a $250 million fine on the bank, saying it violated a 2018 consent order, a measure that requires financial institutions to address violations of regulatory standards.

In her letter, Warren cited the scandal with fake accounts, and other practices in Wells Fargo’s insurance and wealth management businesses. She described the company as an “irredeemable repeat offender” with an “inability to meet regulatory requirements and treat its consumers honestly and fairly”.