San Francisco-based fintech Upgrade has raised $105 million in a Series E funding round valuing the firm at more than $3.3 billion. 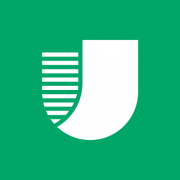 Upgrade has now raised more than $300 million in total

The latest round was led by Koch Disruptive Technologies (KDT) with participation from new and existing investors including BRV and Ventura Capital.

Upgrade offers credit to consumers through cards and loans as well as banking services such as a rewards checking account.

It aims to promote responsible credit through its Upgrade Card which pays rewards to cardholders as they pay down their balance.

The company claims to have delivered over $7 billion in credit since its launch and aims to double that in 2021 alone.

Laplanche says his new company has “experienced unprecedented growth and profitability this year” and will look to use the new funds to “continue designing innovative products”.