UK challenger bank Kroo has nailed a banking licence from the Bank of England, becoming the second firm to gain authorised bank status since the start of the year. 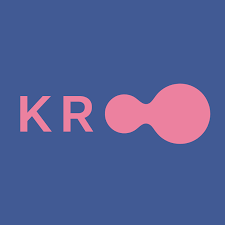 Kroo is planning a full launch in 2022

Until those requirements are met, it can only hold a total of £50,000 in deposits.

The firm raised £17.7 million in Series A funding earlier this month in a round led by Karlani Capital founder Rudy Karsan.

A social finance app with a debit Mastercard, Kroo hinges on the idea of making money less awkward, with capabilities such as bill-splitting.

Kroo said it will use the funding to support its “mobilisation phase” and grow its team ahead of a planned launch in early 2022.

The company teamed up with London-based digital banking provider Bugni Labs in May to drive its credit engine.

Kroo has also pledged to donate a percentage of profits to social causes, with CEO Andrea de Gottardo adding the bank will offer customers ways to “actively take part in making our world a better place”.

The firm has already launched a tree-planting referral scheme to offset carbon emissions, with the aim of planting 1 million trees.