Bangko Sentral ng Pilipinas (BSP), the central bank of the Philippines, has announced it will no longer be accepting applications for new digital banking licences from 1 September 2021. 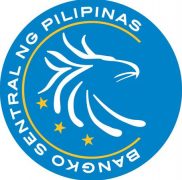 The submission window for new applications will close on 31 August​

The BSP says the submission window for licence applications from new digital banks, including converting banks, will close on 31 August​ 2021.

The window will remain closed for three years, according to Bloomberg.

​The central bank says the decision has been made to maintain “a stable and competitive environment for banks”.

“The closure of the application window will allow the BSP to monitor the performance and impact of digital banks on the banking system and their contribution to the financial inclusion agenda,” says BSP governor Benjamin Diokno.

“We need to ensure that the business environment continues to allow healthy competition among banks, enabling them to offer innovative and competitive financial products and services to their clients.”

The regulator adds new applications received before the deadline “will be processed on a first-come, first-served basis” assuming they meet the required criteria.

The news comes as aspiring neobank GOtyme revealed it has been granted a digital banking licence from the BSP to operate in the country.

The company, a partnership between Philippine conglomerate Gokongwei Group and the Singapore-headquartered digital banking group Tyme, says it aims to “drive financial access for all Filipinos”.

It is expected to launch in the second quarter of 2022.

The BSP adds it is currently processing two other digital bank applications.