European open banking platform finleap connect has announced a handful of management changes as the company looks to further its international expansion plans. 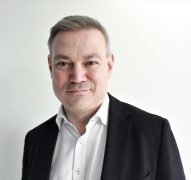 Finleap connect CEO Frank Kebsch says the open banking provider is in a “transformation phase” and hopes the new C-Suite structure will support its “growth-oriented strategy”.

Garcia previously held roles at iZettle, Holvi, BBVA, and Zurich Santander before joining finleap as head of Spain in March 2019. He moved to finleap connect upon its founding in August 2019 as general manager Spain.

Finleap connect raised $22 million in a Series A funding round in June this year before completing its first acquisition of Iberian player MyValue Solutions last week.

It has more than 160 staff and offices in Hamburg, Milan, Madrid and Paris, with connectivity and product availability in eight EU countries.