Digital payments start-up BharatPe has raised $370 million in a Series E funding round led by US firm Tiger Global. 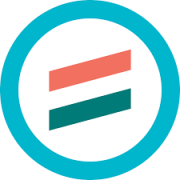 The New Delhi-based firm was founded in 2018

The company says the investment takes its valuation up to $2.85 billion, securing its position as India’s latest fintech unicorn and ranking it in the “top 5 most valued fintech start-ups in India”.

It more than triples the company’s previous valuation of $900 million following its $108 million Series D raise from February this year, and takes its total raised to around $660 million.

The Series E featured participation from Steadfast Capital, Sequoia Capital India, Dragoneer Investment Group and Coatue, among others. The round also includes around $20 million in secondary transactions.

Companies can use a single QR code to accept payments from a range of payment apps including PayTm, PhonePe and Google Pay.

Founded in 2018, the New Delhi-based firm claims to serve more 6 million merchants across 100 cities in India, facilitating around $7.5 billion in annual payments.