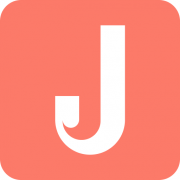 Jupiter was founded in 2019

Other investors in the round include Mirae Assets Venture as well as existing investors Addition Ventures, Tanglin VC, 3one4 Capital, Greyhound and Beenext.

The start-up has now raised around $71 million following a $24 million seed round in November 2019 and a $2 million Series A round last year.

The new funding values the company at over $300 million, according to TechCrunch.

Jupiter has offices in Mumbai and Bengaluru and was founded by former PayU India managing director Jitendra Gupta.

It describes itself as India’s first online banking solution dedicated to Millennials.

Its app, which is currently only available in early access beta mode ahead of its full launch, offers users insights based on their spending as well as wealth management and savings tools.

Nubank’s investment follows its own $500 million raise from Warren Buffet’s Berkshire Hathaway firm in June, part of a $750 million extension to its Series G funding round.