San Francisco-based neobank Mercury has raised $120 million in a Series B funding round led by investment firm Coatue. 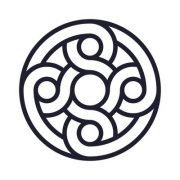 The challenger says the funds take its total valuation up to $1.62 billion, making it the country’s latest banking unicorn.

The raise also included participation from Andreessen Horowitz, CRV, and Sapphire Ventures as well as a number of angel investors.

Mercury is also looking to crowdfund $5 million as part of its Series B to give customers the option to invest.

Founded in 2017, Mercury has now raised around $152 million in funding over four rounds. Its latest investment in September 2019 saw it secure $21 million from 30 separate investors.

The neobank provides banking services to small and medium-sized businesses and counts Lunchclub, Mighty, and Linear among its 40,000 clients. It currently holds $4 billion in customer deposits.

Announcing the investment in a blog post, the company says it will use the new funding for further product development and to expand its team.