UK-based payroll and payment services provider CloudPay has landed $58 million in a new round of funding led by The Olayan Group. 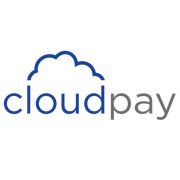 CloudPay has now raised around $175 million in total

Existing investors Pinnacle Investment Partners and Rho Capital Partners also participated in the round, among others.

The company has now raised around $175 million in total funding over seven rounds. It last raised $35 million in a Series D round led by Runway Growth Capital in April last year.

Founded in 1996, CloudPay aims to consolidate employee pay processes through a single platform.

It claims over 1,500 companies across 130 countries currently deploy its services.

“This funding will be instrumental as we build our fintech solutions, including peer-to-peer payment capabilities,” says CloudPay CEO Paul Bartlett.

CloudPay adds the new capital will be used to fund further growth following “increased demand” for its treasury services and an “overall trend” among existing customers to move more of their pay operations onto its platform.