US neobank Chime has raised $750 million in a Series G funding round led by Sequoia Capital. 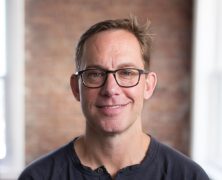 The round also included participation from Tiger Global, SoftBank, General Atlantic, and Dragoneer.

According to The Wall Street Journal, the new funding takes Chime’s valuation up to a mammoth $25 billion.

This new valuation would make the firm the fourth most valuable fintech company in the world behind Stripe, Klarna, and Revolut, which landed $800 million in a Series E funding round led by SoftBank’s Vision Fund 2 and Tiger Global last month.

Chime had previously been valued at around $14.5 billion following a $485 million Series F funding round in September last year.

Founded in 2012, the San Francisco-based firm has now raised over $2 billion in total funding. Its digital banking app includes spending and savings accounts as well as a number of wealth management services.

The company will use the new funds for further product development and to continue its expansion.