US fintech Lithic has raised $60 million in a Series C funding round led by Stripes. 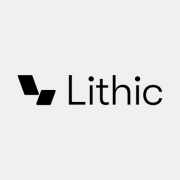 The firm was founded as Privacy.com in 2014

The firm was founded as Privacy.com in 2014 but rebranded as Lithic earlier this year.

It brings the company’s total raised to $110 million following a $43 million Series B round in May, when Lithic also officially launched its card issuing platform.

The firm’s API developer platform aims to make it easier for start-ups and enterprises to issue new debit and credit cards by “allowing developers to optimise back-office operations and avoid unnecessary administrative burden”.

Bo Jiang, CEO and co-founder of Lithic, says demand for the firm’s API platform has “only continued to grow” since its launch.

He adds: “Card issuing is undergoing a renaissance similar to what card acquiring underwent a decade ago.”

Lithic claims it has surpassed $1 billion in annual processing volume this year.

It says the new financing will be used to scale its team and continue building out its developer platform.

The firm is also exploring the possibility of strategic acquisitions to grow the business and its core offerings.