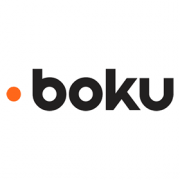 The firm claims M1ST is the “largest mobile payments network in the world”, reaching 5.7 billion payment accounts in 90 countries.

It says the platform has been designed to make mobile payment acceptance easier for merchants, allowing them to accept more than 330 mobile payment methods including mobile wallets, direct carrier billing, and real-time payments schemes through a single API integration.

Jon Prideaux, CEO of Boku, says: “We’ve seen a fundamental shift of consumer purchasing power from west to east, from established to emerging markets, and from credit cards to mobile payments.

“For merchants to capitalise on the massive potential of mobile-first consumers, they need to accept the payment methods they have and prefer, which are increasingly behind glass screens, not rectangular pieces of plastic.”

Founded in 2008, Boku claims to have facilitated more than $8 billion worth of mobile transactions in 2020.

It counts Apple, Google, Microsoft, Netflix, and PayPal among its users.