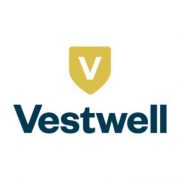 The firm claims to have experienced 200% growth over 2020

The round also included investment from a host of financial services heavyweights including Goldman Sachs, Morgan Stanley, and Allianz Life Ventures among others. It takes its total funding to around $112m over four rounds.

Founded in 2017, the New York-based firm provides a cloud-based digital recordkeeping platform for workplace savings and investing programs such as 401(k) and 403(b) plans.

Vestwell says it aims to make workplace savings programs “more accessible and affordable” with a particular focus on the small business market.

It claims to have experienced 200% growth over 2020, striking deals with Morgan Stanley and Voya while integrating and partnering with payroll providers such as QuickBooks Payroll and Gusto.

The round also follows Vestwell’s personalised managed account partnership with Franklin Templeton as well as its expansion into state IRA savings programs alongside BNY Mellon.

Vestwell plans to use the funding to expand its team and further develop its services and platform functionality.

The firm says its focus will remain on leveraging the core infrastructure of its API-based recordkeeping technology to expand into other workplace savings program areas such as 529s, HSAs, emergency savings, and IRAs.