Unit21 closes $34m Series B round led by Tiger Global 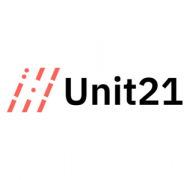 The round follows the company’s $13 million Series A, which was announced just seven months ago in October 2020.

Unit21 says the new investment takes its total valuation up to $300 million.

“Data is the most important weapon in the fight against fraud and money laundering,” says Trisha Kothari, co-founder and CEO of Unit21.

“This funding will support our mission to democratise data and make it more accessible to operations teams.

“We look to expand our engineering, research and development, and go-to-market teams. It will also help bolster strategic expansion into new industries.”