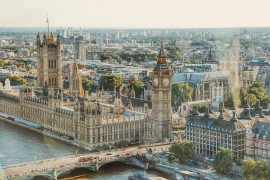 Thirteen of the H1 2021 deals exceeded $100 million (there were seven in this category in 2020). The level of investment is also well above pre-pandemic levels, being higher than the total investment for 2019 of $4.6bn, which in itself was a record-breaking year.

The SaltPay, Checkout.com, Starling Bank, Blockchain.com and Rapyd fundraisers were among the top ten deals closed across Europe.

The strong H1 investment figures come off the back of the UK’s Kalifa Review from the first half of the year, which set out recommendations for the future growth of the sector and provided a roadmap to ensure long-term, sustained investment.

The start of the year has also seen an increasing number of UK fintechs announce Initial Public Offerings (IPOs).

Janine Hirt, CEO of Innovate Finance, commented: “Fintech is one of the fastest-growing sectors of our economy and has a vital role to play in the UK’s economic and business recovery. To have secured record funding – in just six months – speaks to an enduring confidence in UK innovation, as well as our ability to build and scale world-class businesses.

“It is hugely encouraging to see evidence of this resilience and growth, particularly in light of the uncertainty and challenges brought on by 2020. Both the flow of capital and a wide talent pool are essential to maintaining the sector’s strength, and we remain committed to supporting efforts in these vital areas.”