Indian digital payments platform MobiKwik is planning an initial public offering (IPO) with the aim of raising up to $255 million. 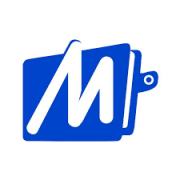 MobiKwik’s payments network is one of the largest in India

MobiKwik launched its mobile wallet in October 2013 and since then has raised $250 million. It counts Sequoia Capital India and Abu Dhabi Investment Authority among its investors.

Its IPO intent had been known for some time. When Chandan Joshi was promoted to CEO of the payments business in September 2020, it was stated that this was part of the company’s “IPO 2022 campaign”.

The IPO plans envisage new shares of up to $201 million and the sale of up to $54 million worth of equity shares, according to papers submitted to the market regulator.

MobiKwik spans consumer payments, financial services and a payment gateway. Its payments network is one of the largest in India with 120 million users, three million merchants, and over 300 billers.

The company also has a buy now, pay later (BNPL) product, MobiKwik ZIP, which is available to users for making payments via the MobiKwik Wallet and the MobiKwik Blue Amex Card.

The company moved into the wealth tech space in 2018 with the acquisition of Mumbai-based mutual funds platform Clearfunds.

Zomato, a food delivery specialist, and digital payments platform Paytm are among other Indian start-ups with planned exchange listings.