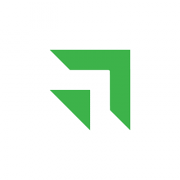 The firm opened the funding round with $285 million in May

The Indian fintech announced it had raised $285 million back in May and has since landed an additional $315 million in funding led by new investors including Fidelity, BlackRock, Ishana and Tree Line.

The company is also backed by Sequoia Capital, PayPal and Mastercard among other investors.

The company claims to serve more than 150,000 merchants and have its payments terminal integrated at more than two dozen banks and fintechs.

“Over the last year, Pine Labs has made significant progress in its offline to online strategy in India and the direct-to-consumer play in Southeast Asia,” says CEO, B. Amrish Rau.

Fave claims to have six million customers and is active in Singapore, Malaysia and Indonesia. Pine Labs plans to launch the app in India “soon”.