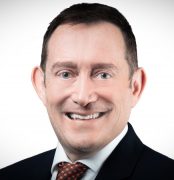 Gledhill, who will take up the role in August, has spent the last 11 years in Singapore as CIO and head of technology and operations at DBS Bank.

Gledhill also spent 20 years with JP Morgan in a number of operational roles throughout Asia.

William Chalmers, interim group chief executive at Lloyds, says: “I am delighted that Dave Gledhill will join us as COO later this year.

“The role of Group COO is critical to building and running a robust technology environment, preserving our operational resilience and delivering on our customer led transformation objectives.

“Dave is a proven leader in our industry and it is very exciting to secure him and his wealth of experience.”

The appointment follows the exit of Lloyds’ now former CEO António Horta-Osório in April, who left the company after 10 years.

His successor, former HSBC wealth chief Charlie Nunn, will take over the role this month.

Both Nunn and Gledhill are joining at a chaotic time for the firm. Lloyds has been struggling financially over the pandemic, with profits diving from £4.39 billion to £1.2 billion over 2020, a 72% drop.