The bank-led initiative uses the platform from London-based firm Finteum, which is built for intraday treasury funding, using financial products such as FX swaps, repo and securities borrowing. 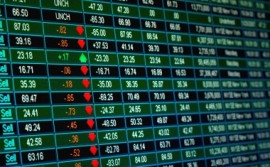 The trial used the Finteum platform for simulated trading; the aim is for live trading later this year or early 2022

Live transactions are expected later this year or early 2022.

During one of the hour-long simulated trading sessions, the banks executed 76 intraday FX swap transactions, based on 66 orders in a central limit order book and 69 bilateral Request for Quotes (RFQs).

Finteum’s intraday FX swaps platform was initially announced with R3 and Fnality in September 2019, with the RFQ functionality added recently. The Finteum platform will integrate with settlement solutions which, it states, could include non-Distributed Ledger Technology (DLT) such as CLSNow, and DLT-based technology such as the Fnality Payment System.

The initiative aims to save banks millions of dollars each year, and other banks are being encouraged to join.

Finteum is keen to emphasise that FX, although the world’s largest and most liquid market, is hampered by outdated technology.

FX swaps have traditionally been overnight and longer. By contrast, an intraday FX swap involves a payment-versus-payment exchange of currency on the same day that the transaction is agreed, with a second exchange at a predefined time later that day.

Using intraday FX swaps, bank treasury teams can borrow for hours at a time, enabling them to efficiently meet a temporary liquidity need. This helps banks to optimise intraday liquidity buffers, which have been in focus since Basel III. Banks can also use intraday FX swaps to lend excess funds, representing a new revenue stream.

Brian Nolan, Finteum co-founder, says: “The engagement and feedback from the banks during the trial was very encouraging. It reinforces the value the initiative can offer to banks across all geographies.

“While every bank treasury team is focused on controlling costs, efficient optimisation of liquidity buffers is often overlooked by senior management. It is great to see the banks from the trial encouraging their peers to join the initiative and optimise the cost savings for all involved.”