eBay split from PayPal for paying sellers comes into effect

eBay’s planned removal of PayPal as an option for paying sellers has come into effect. While eBay buyers can still pay with PayPal, sellers will be paid straight into their bank accounts. 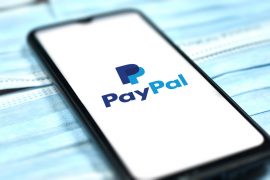 PayPal first split from eBay in 2015, but has seen continued use on the platform

As of 1 June, eBay is charging a final value fee of 12.8%, including delivery, with PayPal cut out of the equation.

PayPal was acquired by eBay in its early days in 2002, but the two parted company in 2015. The agreed split allowed PayPal and eBay to pursue partnerships with each other’s competitors, but barred them from becoming direct competitors in their core businesses.

Although there have been some grumbles from sellers about giving eBay direct debit access to their personal bank accounts, the company says the new system is simpler, convenient, and gives buyers more payment options.

However, payments for sellers will now take two working days, while PayPal was usually same-day.

It has been a gradual introduction. The feature has been rolled out since about 2018, starting with business sellers.

An estimated four million sellers are already using it. The deadlines for all users are phased so while many sellers are required to move to the new system from 1 June, others will receive a message from eBay in the coming weeks and months.