EarlyBird, a Chicago-based fintech start-up, is encouraging America’s adult population to re-think their gift-giving habits when it comes to theirs and others’ children.

Instead of “spending hundreds of dollars on stuff from Target”, EarlyBird’s co-founder and CEO, Jordan Wexler, thinks adults should be transferring money to children’s investment portfolios. 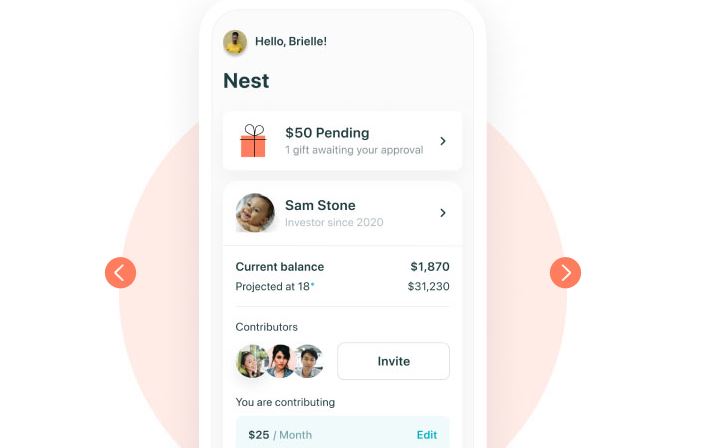 Three Christmases ago, Wexler put together a fund on US trading app Robinhood for his newborn baby niece. “I wanted to have a bigger impact on her life,” he tells FinTech Futures.

Whilst apps like Robinhood, Acorns, Stash and Public sit at the heart of America’s investment accessibility boom, they aren’t focusing on next-generational wealth.

Fast-forward a year later, and Wexler had co-founded EarlyBird alongside Caleb Frankel.

Having gone live four months ago, EarlyBird’s app allows parents to launch custodial accounts for kids starting from the age of 0.

“We’re making it easier for friends and family to gift investments to kids,” explains Wexler. Adults can add videos to the money they send, and kids can archive these clips in a library via the app.

Acting a lot like a modern birthday check, EarlyBird’s ultimate goal is help America’s younger generations feel confident about capitalising off the system.

“When I was ten, my dad set up a brokerage account for me,” recalls Wexler. “I used funds to start my first company in China, which I sold in 2014. And I deeply credit that experience to my confidence in understanding money. You’re never going to struggle if you can leverage the systems built to make us money.”

The co-founder reckons the majority of EarlyBird’s users – which began signing up since its closed beta last August – earn a household income of between $50,000 and $120,000.

“But we’re definitely seeing lower socio-economic engagement,” says Wexler. “We have dads on the platform living paycheck to paycheck.”

Around 20% of the start-up’s userbase earns a household income of $50,000 or below, whilst the majority earn more than this.

EarlyBird’s CEO isn’t worried about app engagement, which could remain low if users only invested on kids’ birthdays and Christmas.

“It’s not just the obvious milestones,” he explains. “It’s parents closing big pieces of business or getting their next paycheck.”

Kids want to invest in Tesla

The start-up is in the midst of raising another round of funding. It has already raised $3.1 million across pre-seed and seed rounds last year.

The bigger vision is to become a more diverse investment platform. “Currently, we’re custodial,” says Wexler. “But we want to allow a parent to open a wallet for crypto,” he says. The fintech is also looking at the development of a college saving tool, which would make it more like an all-in-one wealth and investing platform.

By building the platform on a community-based investment model, gift-givers can track the progress of their cash investments.

Metrics around the performance of adults’ net gifts are also leading the start-up down the path of gamification, which could drive significant engagement.

“It’s so critical to think about these stages of growth of a child,” says Wexler. “The conversation is prevalent everywhere. Kids are saying they want to invest in Tesla. It’s crazy.”

EarlyBird segments children into three categories. Between the ages of 0-5, kids are taking flight. But once they reach 6-13-years-old, financial literacy becomes essential. “You aren’t just saving, you’re investing, between parent and child,” Wexler explains.

By the time EarlyBird’s users reach 14-18-years-old, the start-up wants to offer view-only access for the child. And come 18, their money can convert into a brokerage account owned by them.

Fellow US players such as Greenlight, another start-up in the kid-focused financial space, began getting into the investment space for kids in January. But until this year, the majority of players in this space have been focused on spending.

“What we’ve seen in this space is that it’s critical, before you get a kid spending and saving correctly, they need to understand investing.”