New investors include Eric Benhamou, investing through Benhamou Global Ventures, and Saints Fund, which has appointed one of its managing partners as an observer to the ThetaRay board.

Existing investors OurCrowd, Bank Hapoalim, SBT and others also participated in the round. 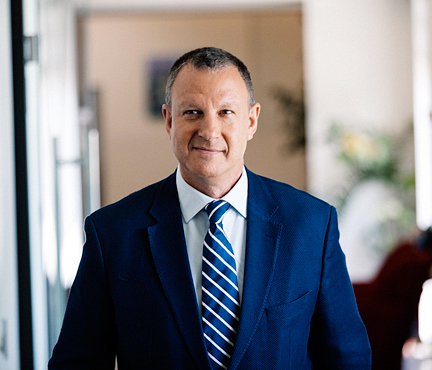 Erel Margalit, ThetaRay: “What Swift did to the banking world 25 years ago, ThetaRay will do in the next ten years”

The firm says it plans to use its new capital to “complete the crime prevention revolution” by expanding the cross-border payment market.

It has also announced its selection by the governments of Nigeria and Ukraine to tackle terrorist financing and fraud.

ThetaRay says its Financial Crimes Prevention Solution is designed to “instil certainty and reduce risks” in cross-border payments. The firm says it protects banks against attempts to abuse their money transfer platforms for sophisticated money laundering.

ThetaRay board chairman, Erel Margalit, says the company is “changing the picture and bringing revolutionary products to the field”.

He adds: “This revolution will enable many organisations and people around the world to transfer money faster, more securely and with far fewer fees and stops along the way.