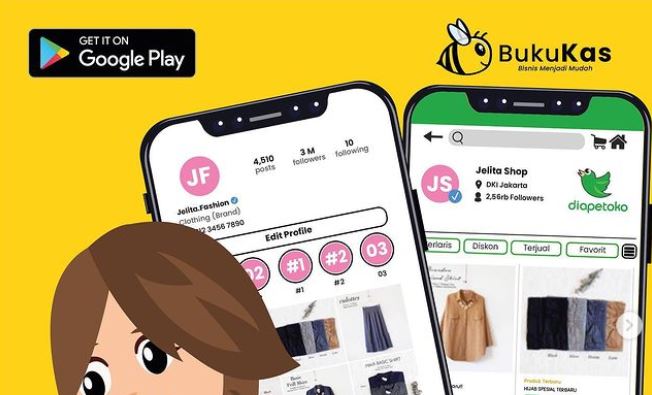 The funds will go towards propping up BukuKas’ anticipated leadership additions, as well as fuelling its product developments across Jakarta and Bangalore.

Launched in December 2019, BukuKas says it already serves some 3.5 million small merchant and retail users from across Indonesia.

Beginning as a digital bookkeeping app, the start-up has since diversified its product lines. One such route has seen it develop an “end-to-end software stack” for small businesses.

The launch of its commerce enablement platform Tokko shortly followed, which has helped some 1.3 million small sellers create their own digital shop to date.

“One of the things that stood out was how different the Jakarta bubble is from the rest of Indonesia,” Menon told TechCrunch earlier this year. “All the way from the penetration of software to financial services.”

He says that despite small business’ large presence in Indonesia, companies weren’t building products with them at the centre.

Small and medium-sized enterprises (SMEs) account for 60% of Indonesia’s gross domestic product (GDP), according to studies cited by The Jakarta Post.

As early as 2016, women-owned SMEs made up almost half of Indonesia’s SME market, as per International Finance Corporation (IFC) data.

Indonesia’s government is trying to encourage firms to serve this sector with digital products. Last year, it said it wanted some ten million micro SMEs (MSMEs) to go digital by the end of 2020.

With 3.5 million customers in total, around half (1.8 million) of BukuKas’ users are active. The platform transacts around $17.4 billion each year, which is more than 1% of the country’s total GDP.

As well as operating an online bookkeeping solution, BukuKas also provides SMEs with data. This data helps to inform other financial services.

Before long, the start-up realised the value in a complete software solution which helped SMEs digitise more areas of their operations.

These include payment reminders for buyers via WhatsApp, automatically generated invoices, and tools to analyse expense patterns.

Its end-to-end offering foreshadows the eventual development of a digital bank. Before this, the fintech intends to introduce more payment-focused products.