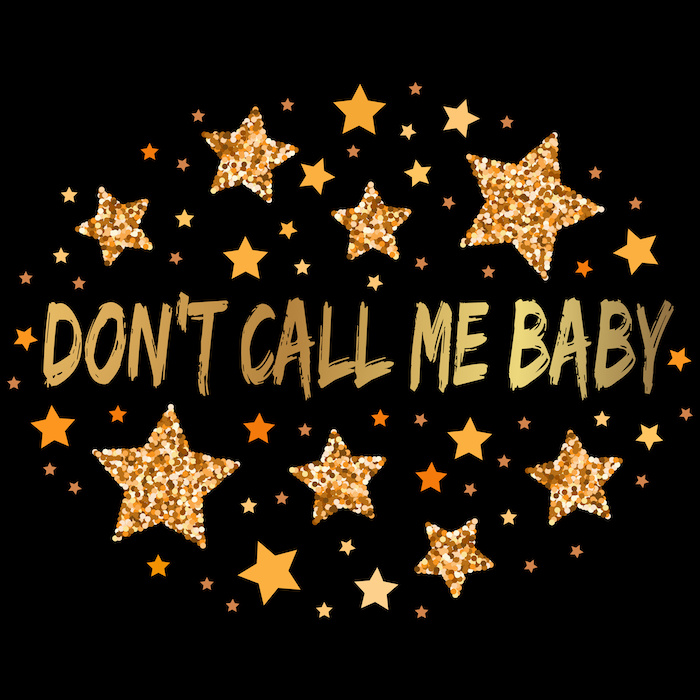 There are some things nobody tells you. Like, no matter how old you get, some idiot in a bar, on the street, in conversation will call you “baby”. Babe.

Is it meant to be flirty? Is it offering familiarity? Don’t know. Don’t care. Don’t like it.

There is another thing nobody tells you but you find out for yourself mighty fast if you are a woman: that if you say to someone, “don’t call me that. Not your baby, mate. Not a baby at all. Please don’t call me that,” they act like you offended them. Like you caused a problem. Big or small, you will get a reaction that will be a bit like, “easy now”. Like you started it. Like it’s their right to call you what they like and now you are being difficult.

You know how many times a day an exchange like this happens around you? In your office?

And no, nobody is calling your female colleagues baby. They have learned that much. But the pattern repeats and it goes like this:

Woman says a thing. Let’s pretend what the woman says is, “we have a problem here. We want to achieve X and we are not going to have enough time to do it if we don’t accelerate now,” or “this project could lead to a very substantial piece of work if we allow the client to guide us as to their ambitions beyond the current scope. We need to expand the team to include people who understand the bigger picture,” or “we have a process for this thing but we don’t seem to be following it and the results show it, so we need to change the process or implement the process but we cannot just carry on doing the same things and expecting a different outcome.”

Sure, in all three scenarios a challenge or problem is flagged.

In all scenarios, the problem is flagged before it is on fire. Before heroics are needed. Before scapegoats are required. When there is time to do something about the whole thing.

The woman was me. The situation each time was imminently salvageable and my tone was calm albeit forceful because that is who I am as a person. Deal with it.

Would you like to guess what the responses I received were?

On the first one it was, “let’s not do this here, I don’t want to embarrass you in front of people”. On the second one it was a man screaming at me to f**k off for thinking that “I know best”. And on the third it was a chuckle about how Greek I can be some times.

And if you are thinking how irrelevant the reactions were to the conversation, you can join the club.

Meanwhile. No prizes for guessing I wasn’t yelled out of town. As the saying goes, nevertheless she persisted.

Would you like to guess the outcomes of the scenarios above?

In the fist instance, we very much had the conversation and I was not the one who ended up embarrassed because I had facts and figures and was not afraid to use them. Funny that.

In the second instance, I did not f**k off, he did not get reprimanded by HR, we did it his way and lost the business because, it turns out he didn’t know best either.

And, in the third instance, my Greekness had nothing to do with the fact that a process not followed is not a process, it’s a piece of irrelevant art, not a tool and therefore you are blundering in the dark.

Do you want to guess how many times I have had conversations like those in my 17 years in the industry or shall we stop this game and play another?

This stuff happens. To women. To younger employees. Yes, even the white men. To people who sound like they may not belong, because of an accent that betrays a long journey, be it from another country or a part of town that doesn’t normally produce office workers.

People around you are getting shut down all the time.

And they get looked at like they are the problem. They are dismissed. Ignored. Diminished.

And if they say, “hey, that’s not cool, you can’t talk to me like that”, want to guess what happens? They are looked upon like “they started it”.

“I am sure you don’t mean to be patronising, but you are so please reflect, reconsider and desist.”

You know how many times I have said that sentence in my career?

You know how much time and effort it took to hone it to such a conciliatory, joking and yet succinct shape?

You know how jarring it remains for the people who, having patronised me, were astounded they can’t get away with it? That I am precious enough to make a point of their entitlement?

I have been told to grow up, grow a pair, learn to take a joke, chill out, relax, behave myself and, my all time favourite, I have been told my Greekness is “coming out”. That’s one of the hits, that is.

I’m afraid none of these tactics work though.

So here is how we do this.

Don’t behave badly, and I won’t call you out.

If you behave badly and I do call you out, apologise. Even if you don’t mean it. It’s good practice.

Don’t blame my passport from my boundaries.

The words you are looking for are mea culpa. You can act the victim or you can take your teachable moment to your karma bank and come out a little bit smarter.

Either way. Mind your manners. Mind your step. See the line, don’t cross it and remember not to start a fight you don’t have a stomach for. Because I will finish it for you.

Oh. And don’t call me baby. And we will get on just fine.