Sunday, a Parisian fintech helping restaurants and hotels get paid faster with its QR code-based solution, landed a record €20 million seed round on last week.

According to the Financial Times, it marks Europe’s largest seed-funding round so far this year. 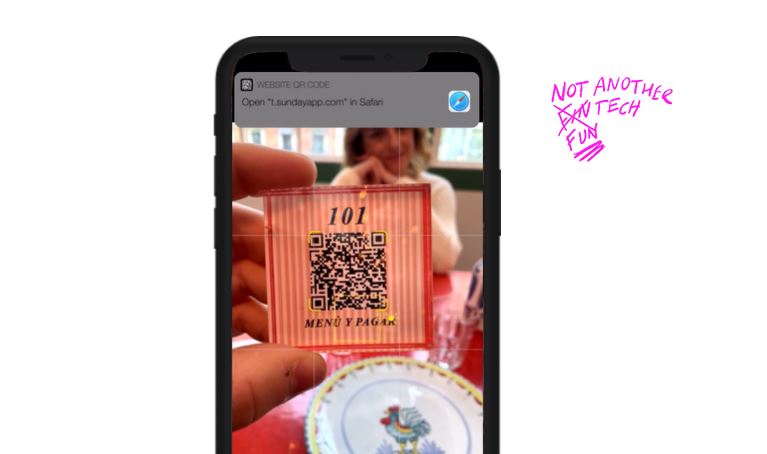 The start-up claims to cut the costs for operators to 0.5% per transaction

New Wave, a venture capital firm headed up by Pia d’Iribarne and backed by French billionaire Xavier Niel, led the round. Alongside Coatue Management.

Its latest funding places Sunday at a $140 million post-money valuation.

The fintech intends to open four new offices across London, Paris, Madrid and Atlanta. As well as double its headcount to around 90 staff over the next six weeks.

Founded by Victor Lugger and Tigrane Seydoux, the entrepreneurs behind Italian chain Big Mamma, Sunday has signed up more than 1,000 restaurants and hotels to its app.

Fellow co-founder Christine de Wendel, a former Zalando executive, heads up Sunday’s stateside operations based out of Atlanta. Birthed out of Paris, Sunday was incorporated in the US.

Current customers include Colbert, Corbin & King’s Delaunay and Wolseley, as well as the Hoxton hotel chain.

By scanning QR codes on the tables, these eateries’ customers can go to the Sunday app to view their menus.

This means customers can also pay these hotels and restaurants through the app via a mobile wallet like Apple Pay, or via a Visa or Mastercard.

QR codes not “the endgame”

The start-up claims to cut the costs for operators to 0.5% per transaction. That’s compared with the 1-2% banks often shave off merchants’ margins.

Guests can also split the bill directly at the table if they all have the Sunday app.

Sunday trialled its app across the Big Mamma group’s 14 Italian restaurants upon reopening in between lockdowns last year.

“Before Covid I would never have put a QR code on my table. It seemed gross and then suddenly it became normal,” Lugger tells the FT.

He adds that the average spend per head increased 10% “because you have more time for another coffee or limoncello”.

The co-founder doesn’t think QR codes are “the endgame”, envisioning the ability to operate Sunday on top of contactless technology.

Read next: Subway standardises its payments over all 42,500 restaurants globally