Following International Women’s Day (IWD) earlier this week, FinTech Futures is continuing to highlight the experiences faced by women in the fintech and financial services workplace.

The issue is particularly pertinent amid an ongoing global health crisis, which has seen women disproportionality affected.

From getting less work done at home compared to their male peers, to losing out on more proportionate dollars than men for their companies.

To mark IWD – and by extension, Women’s History Month (WHM), FinTech Futures spoke to, and gathered insights from, 12 women across the global fintech industry. They’ve shared their workplace anecdotes pre-pandemic and discussed the gendered impacts of COVID-19.

This is our third and final set of conversations and contributions. You can find the other two here, and here.

“There’s a place where a lot of women reach, and they just stay stagnant and can’t grow further.” 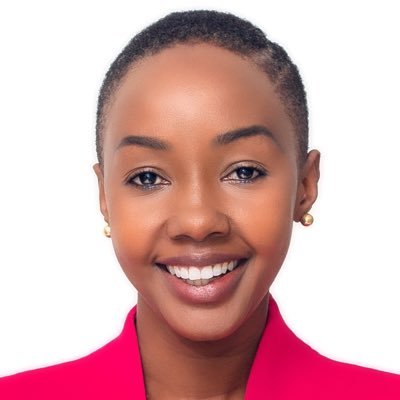 On her entrepreneurial journey, Kiwia quickly realised “one of the critical issues for women in Sub-Saharan Africa was access to finance”.

She eventually decided to address the issue head-on, by founding Ecobba in 2019 – a fintech which digitises the community savings group process. Much like female-founded fintech Oraan in Pakistan.

Ecobba gives women access to markets and wealth management tools across Tanzania, Nigeria, Zambia, and Kenya – where Kiwia has part-relocated her businesses to take advantage of the talent and technology knowledge.

“There are a lot of female entrepreneurs [in East Africa],” says Kiwia. “I mean there’s so many of them. But the issue is how they scale.”

She continues: “So, there’s a place where a lot of women reach, and they just stay stagnant and can’t grow further. That has been a challenge.”

Kiwia founded her first company when she was 24. She’s now 40. “It’s a company that’s been around for years, yet the scaling is happening now, 16 years later.”

Rather than follow the traditional model which she knew would lead her to stagnate, Kiwia says she partnered with other entrepreneurs to get the “tech know-how” she needed to grow.

“I couldn’t scale on my own,” she says. “In the beginning, I found it very challenging because I didn’t have the tech knowledge. So, I partnered with other people to build a tech lab [Ada Labs].”

Based out of Kenya, the Ada Labs team has had to invest in itself. “Money is coming to Africa, but the structures around it are crazy. That’s one of the things we’re trying to disrupt.”

One of the ways Kiwia is helping fellow female entrepreneurs is through “twaa.io”, a platform for female founders to connect and drive the female agenda.

“I think we all know that we get penalised in insidious ways when we don’t adhere to [aesthetic] gender standards.” 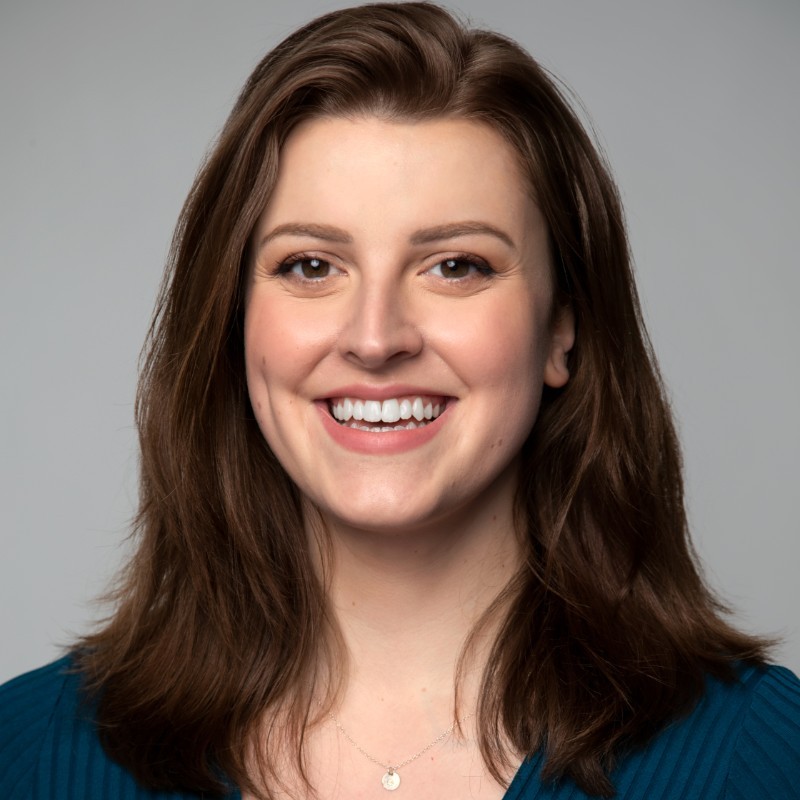 Simmons has already accumulated experience both on the investor and founder side of fintech. A former Techstars and Anthemis Group associate, she also worked as a software engineer for a time, before founding her own app “affirm.space”.

She describes the app as “a Yelp for safe spaces” for trans and non-binary people. Through this, she learnt a lot about engaging with marginalised communities, including the LGBTQ+ community.

Simmons met her co-founder, Rob Curtis, on-stage at Google, prior to jumping onboard to create Daylight – one of the world’s first LGBTQ+ friendly banks.

Asked what some of the biases are which she has faced as a woman in the workplace, she says: “I think this question is particularly interesting for trans women.”

Having started her career presenting as a man, Simmons now presents and identifies as a woman. “I have experienced life in two of those ways, so I can provide a lot of context to how I’m now treated as a woman,” she explains.

When she worked in a capacity akin to an assistant or receptionist, presenting as a man, Simmons says “no-one ever presumed that’s what I was”. “It was always presumed that I was something ‘more than that’.”

But when she re-trained as a software engineer and began identifying as a woman, she found she was quite often mistaken as a receptionist or an assistant by male colleagues. “There’s nothing wrong with being a receptionist, but I wasn’t there to be one.”

In November, during the launch of Daylight, Simmons lived with her co-founder and chief operating officer, who are both men. Asked what women have to think about that men don’t, Simmons references their differing morning routines.

“I’m having to get up and look presentable in a way that men aren’t. Having to put on make-up, make sure my hair looks nice, make sure I’m wearing a nice outfit.

“In an ideal world, women don’t have to do those things and exist in a world that men currently do. But I think we all know that we get penalised in insidious ways when we don’t adhere to those gender standards.”

At Daylight, Simmons lives by the mantra that “you can’t build for any community that isn’t fully represented in your team”. Currently a small team of seven, Daylight will soon grow, and something Simmons feels passionate about is constant salary reviews.

“I’ve been paid less than my male counterparts in the past, so ensuring salaries are reviewed is important. This stuff can kind of just happen if you’re not constantly monitoring for it.”

“We need to be way more up for big roles that are part-time.” 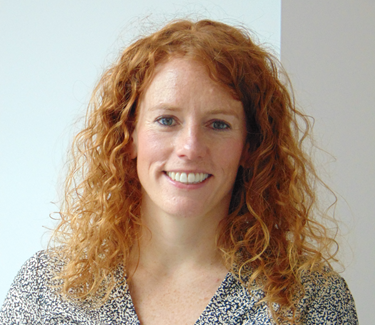 “I had no experience in tech,” says Hayes, who carries years of experience from Seven Trent, and Deloitte – where she headed up corporate finance.

Some 20 years’ ago, when Hayes first joined the corporate finance world, she says it was “very old school” and “very alpha male”.

“I think the ways of working were a long way from anything remotely ‘Me Too’. There were and still is a shortage of female partners [in the corporate finance space].

“I think probably that corporate finance element was the last bastion of real alpha male within the Big Four accounting firms. I couldn’t achieve the balance I felt I wanted or needed within that environment.”

When Hayes had her first few kids, she says she felt as though “it would have absolutely been a huge handbrake” on her career to have contemplated going back to work part-time. “At that time, it would not have been conducive to career progression.”

Hayes thinks companies need to do a better job not forcing parents-to-be – implicitly or explicitly – to choose. “This is how we’ll bring more women into senior positions,” she explains.

One way to do this, Hayes thinks, is for companies to “be way more up for big roles that are part-time”. “The roles need to be scoped out so women can do them three-days a week.”

The CFO hopes the world working from home this past year will continue to discourage the ‘travel in order to progress’ expectation post-COVID-19. “The employer has all the power,” she concludes. “Particularly big firms in tech.”

“Candidates coming for an interview would say: ‘Wow! I’ve never met a girl boss of a development team.’” 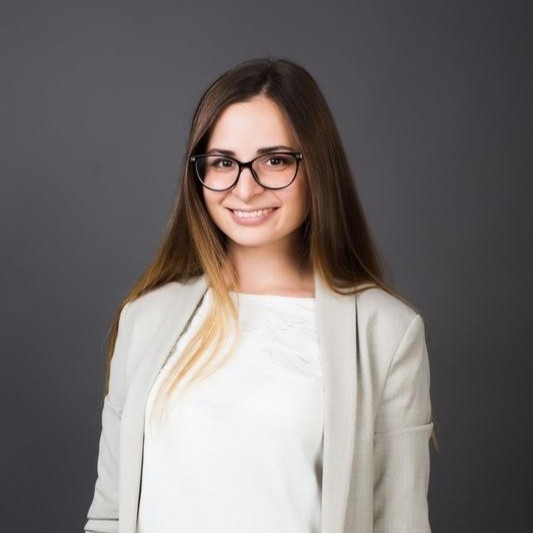 Shcheveleva is a former Russian bank .NET developer, having spent years at both Alfa Bank and MDM Bank.

Here, she heads up development. “In a male dominated IT world, it’s hard for some people to understand that a woman can be the head of the development department,” Shcheveleva explains.

“When I was interviewing candidates as a part of the panel with my male colleagues, several candidates assumed that one of the men had the seniority,” she continues.

“There were situations when candidates coming for an interview would say: ‘Wow! I’ve never met a girl boss of a development team’.”

Shcheveleva highlights the women she looks up to in these sorts of roles. Who have defied what she describes as these male candidates’ “stereotypes doing the talking”.

“But ultimately what’s important is that their [the candidates’] biases should have no impact on their decision and ability to work with us.”

Being a woman in a traditionally male industry makes Shcheveleva excited to go to work every day. “It gives me an additional boost of confidence, that feeling of ‘yes, we can’.”

In Shcheveleva’s opinion, “out of all STEM-related fields”, fintech “has done a pretty good job weeding out the inequalities”.

“I think that the IT field in general has the most interesting and creative jobs, and this is where your professional skills are much more important than your gender.”