Will there be a post-Brexit financial services and fintech boom?

As far back as 2014, former Chancellor, George Osborne, announced a plan to make the UK the world leader in fintech. Yet financial services were lightly touched on in the EU-UK Trade and Cooperation Agreement (TCA) which was signed on Christmas Eve 2020. Its main focus was on easing trade in goods. The TCA does however allow businesses mutual market access by establishing branches or subsidiaries in the other jurisdiction. 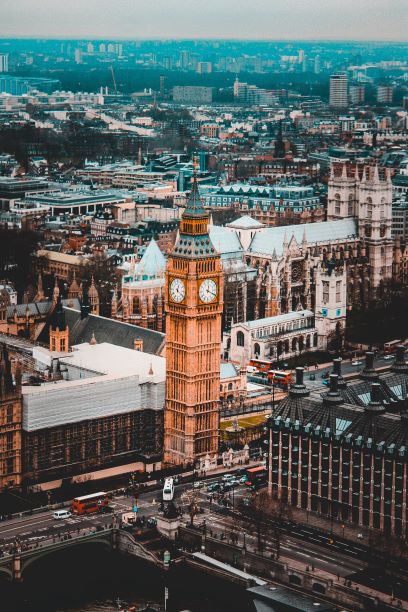 UK financial services firms are still awaiting clarity as to the regime that will eventually govern their activities in the EU. The TCA set out the aim of agreeing an EU-UK memorandum of understanding on financial services by the end of March 2021.

Until now, the EU’s passporting regime enabled many services to be provided across the EU, if they were approved by one member state regulator. Both sides have identified equivalence decisions as the way that this may be replaced. However, one major limitation of equivalence decisions is that retail financial services such as lending and taking deposits are excluded.

This means that many fintech firms will need to establish both a UK and EU presence to continue providing retail services. Relying on unilateral equivalence decisions also carries risks, since the EU can withdraw equivalence with just 30 days’ notice. However, by establishing close consultation, it is hoped that the risk of sudden disruption can be minimised.

It is already clear that the EU now sees the UK as a competitor in terms of financial services. The UK has announced equivalence from 1 January 2021 for EEA financial services companies operating in the UK in certain sectors. These include credit ratings agencies and those operating in derivatives trading. By contrast, the EU has been less generous in terms of its equivalence decisions. Those which it has made have also been time limited, such as permitting derivatives clearing for 18 months for UK based clearing houses. The EU is also  calling this 18-month equivalence decision temporary and final. By contrast, the EU has also offered US clearing houses an equivalence deal without any time limit.

The recent furore over coronavirus vaccines leaves little doubt but that the EU and UK look set to compete in a number of areas. Both are clearly already competing to lead the way in terms of developing fintech industries and digital currencies.

The City of London recently commissioned E&Y to carry out detailed research into the position of the UK’s fintech industry. The 2020 report found that “The UK remains a global fintech capital. We estimate that the UK fintech sector represented c.£11.0b in revenue in 2019, up from c.£6.6b in 2015, and now accounts for c.8% of total financial services output. In the last five years, the UK fintech sector has moved mainstream, having inspired and stimulated innovation in broader financial services and technology sectors.”

The report found that the key strengths of the London fintech ecosystem included access to talent, capital and demand by both business and consumers. It also found that a key strength was the UK’s policy regime, noting that “the UK policy environment is more mature and progressive than other in-scope markets, with the Financial Conduct Authority’s (FCA) explicit competition mandate appearing to be a source of differentiation. It remains highly supportive of innovation, with many markets looking to the UK for world-class regulatory and infrastructure initiatives (e.g., the FCA’s regulatory sandbox and the Bank of England’s New Bank Start-up Unit (NBSU) and open banking).”

There is clear evidence of the EU’s desire to actively move away from reliance upon UK financial services. Yet the fact that the TCA was ultimately agreed offers hope that more reasonable arrangements can be agreed with the EU for financial services in the future, as the pain of the Brexit divorce recede into history.

Even where a favourable EU equivalence decision is not forthcoming, financial services can be carried out by UK business by using subsidiaries or corporate entities in an EU state, which can then obtain passporting rights throughout the EU. If a UK company solely focuses on trading into a particular EU member state, it need only comply with the requirements the regulator in that member state.

The success of the UK’s post-Brexit financial services industry therefore plays directly into important political objectives for the UK government in terms of regional development, and even its green agenda.

For example, Switzerland and the UK have signed a general agreement focused on financial services, to open discussions on achieving an outcomes-based mutual recognition agreement. On 4 December 2020, this initial agreement was built upon by a Services Mobility Agreement. We can therefore expect trade agreements to be built piecemeal, evolving and expanding as fresh agreement is reached.

The process of opening up new markets for UK financial services is already well underway. It is far simpler for the UK to reach a trade deal than it is for the EU. The EU’s trade agreements must be unanimously agreed, and it can be difficult to avoid offending the interests of one of the EU27 nations or their sub-regions. After all, the 2016 EU-Canada trade agreement was nearly blocked by opposition from the Belgian region of Wallonia.

It may be that the UK’s fintech regulatory regime will evolve to be less bureaucratic than its EU counterpart and better able to adapt to new and emerging technologies and services. Chancellor Sunak has said that he sees the potential benefits of stablecoins and other digital currencies, and that the government is working to constructively regulate these payment methods. The UK is also actively considering issuing its own digital currency, backed by the Bank of England. The UK’s guidance and principles-based regime is also argued to be inherently more flexible and accommodating to new and emergent technologies.

It may be that the UK’s will manage to create a regulatory and taxation regime which proves highly attractive to innovative new financial services companies and innovators. Revolut’s recent application for a UK banking licence suggests that fintech firms see opportunity in the UK.

There are positive sides to the uncertainty created by Brexit: as the UK’s trade negotiations continue apace, new markets could suddenly open up for UK companies on any given day. UKs financial services firms and the global cryptocurrency markets are already used to thriving on risk. Indeed, many firms embrace market flux as providing opportunities to innovate and grow.

The UK is astutely positioning itself as a global financial services and fintech centre. The FCA wants to encourage and support innovation. If the UK regulators create a positive regulatory environment which attracts inward investment in high-growth financial services sectors – while also widening and deepening its market access internationally – the burgeoning UK fintech sector could soon thrive as never before.