US fintech Sincere to target “pet parents” with debit cards

Sincere Financial, a Californian start-up, is gearing up to launch a debit card for “pet parents”.

The fintech intends to wrap the card in pet-related rewards, covering things like pet food, vet bills, and rescue shelters. 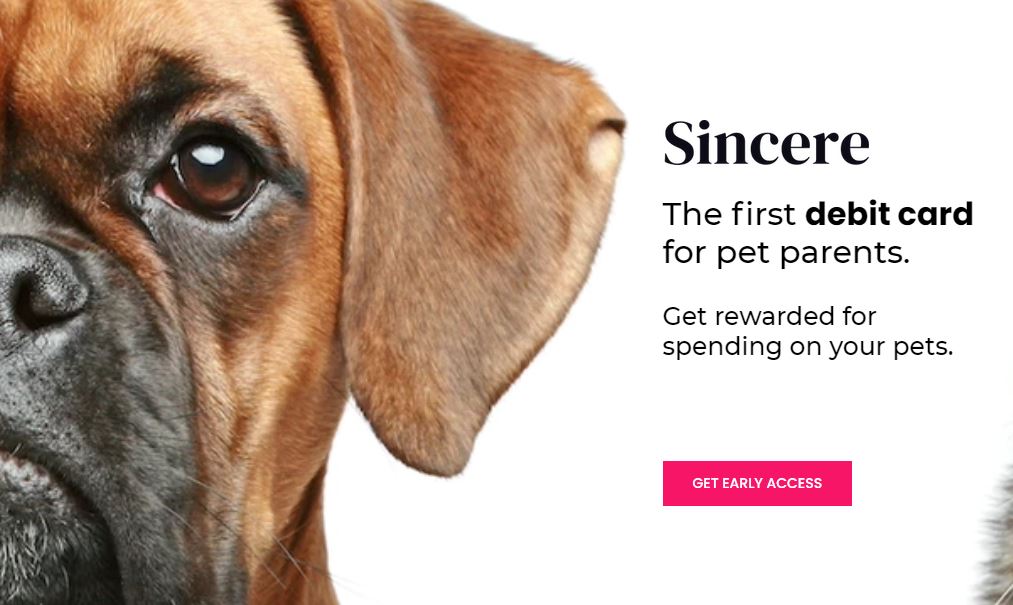 Merchant partners listed on Sincere’s website include Walmart, Amazon, Target, and Walgreens. As well as smaller, pet care-focused brands, such as Chewy and PetSmart.

Customers will be able to redeem their points in return for cashback at these outlets. Each point is worth $0.01 and will only apply to personal purchases – i.e. transactions which aren’t bulk orders.

The fintech says “funds in the account will be FDIC-insured”, but no partner bank is mentioned in the fine print as of yet. It does cite Delaware as its legal residence, despite the team being based in San Francisco.

Robert Chi Yau is listed as its co-founder on LinkedIn. FinTech Futures was not able to obtain any information on its other co-founder. According to LinkedIn, its other two employees are based in the Philippines and India.

It is believed that Chi Yau started working on Sincere in January. His bio states that he was a founding member of Walmart Labs, spun out of the retailer’s Kosmix acquisitions in 2011. But this isn’t Yau’s first foray into the pet industry.

Back in 2004, he founded a dating website for pet owners. He says on his LinkedIn that the company was “partially acquired” by Western Digital, but FinTech Futures couldn’t find any record of this.

Is there demand for this?

Last year saw a spike in pet owners as global lockdowns and extended periods of working from home gave people the time to invest more in their home-based wellbeing.

In the US, the American Pet Products Association (APPA) found by October 2020 that some 11.38 million US households had bought a new pet since the pandemic began.

As a result, pet merchandise became one of the top gift-giving categories for last Christmas. A Deloitte survey of 4,000 people found half were planning to purchase pet foods and supplies during the holiday season, spending $90 on average.

The pace of pet buying kept up throughout 2020. In December, Statista found 10% of respondents had acquired a new pet, up by 3% from May.

But with more pet owners came more abandoned pets. In the UK, Dogs Trust received calls from more than 1,800 people between October and December trying to return dogs younger than one-year-old.

Pet owners have, for some years now, put extensive financial planning in place for their animals.

A Securian Financial Group survey from 2014 found 44% of pet owners had prepared for the future care of their animals should their pets outlive them.

This means investing insurance plans, alongside the weekly costs of looking after an animal.

As for medical bills, the average American spends $638 on each dog a year.

Whist Sincere’s website focuses on rewards-based services, there also seems to be a market for pet spend tracking. As well as linking in a marketplace for pet insurance products.