Technology is winning the fight for financial inclusion

It has never been more vital to utilise technology to guide decision making, as markets are becoming increasingly competitive, and the way we do business is changing faster than ever. Unfortunately, while those ahead of the curve continue to enjoy full benefits of these opportunities, many others feel locked out of the party.

Gains from the tech boom may not have been shared out too equally, but things may be starting to change. Billions of people excluded from the financial world through no fault of their own now find themselves as involuntary participants living through the most technologically advanced time in living memory.

Family-run businesses make up the majority of economic output in many developed countries; and yet most have a sub-optimal experience of the financial services industry and remain on the fringes of mainstream products and services. This is comparable to financial exclusion parallels in the developing world, where majority of the population do not operate bank accounts. Thankfully technology is closing these gaps, both in developed or developing countries. 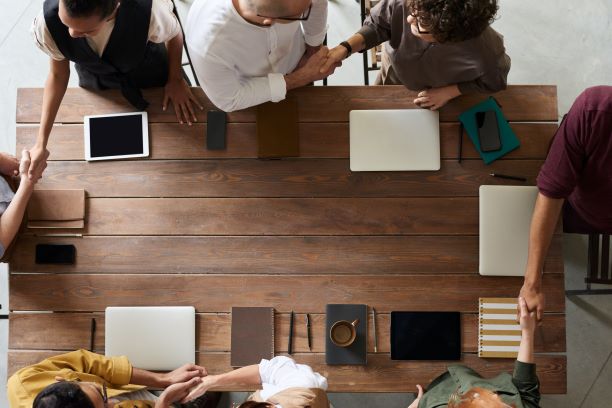 Enlist technology as an ally in the fight against financial exclusion.

Even though there are many challenges to deal with, our viewpoint is to enlist technology as an ally in the fight against financial exclusion.

While data and analytics capabilities were once seen as a bonus during a deal process, it’s now regarded as a necessity. For transactions involving private companies, counterparties are now better equipped to assess these deals and are able to retrieve data from multiple sources. For example, it’s now quite normal to expect lenders reviewing a credit application from a British business to pull financial data from multiple sources such as Companies House and credit agencies.

To best illustrate the role of an integrated information sharing framework in managing opacity and by extension risk perception, one would have to imagine a scenario involving an outbreak of a pandemic say in 2005. Without a well-connected data infrastructure, the administration of Bounce Back Loans (BBL) would have placed astronomical pressure on the postal system including the attendant risk of increased disease transmission. One quickly gets the picture of the colossal disaster which would have unfolded. Of course, as we all know, availability of online data reference points ensured that banks were able to quickly assist millions of British businesses during the outbreak of COVID-19 last year.

Historically, the perception that private companies are high risk is always linked to the lack of visibility into their financial and operational affairs. Many are not only addressing this, but also seizing the digital revolution as a golden opportunity to proactively control and write their own economic narrative.

Knowledge ultimately creates its own power. Without a good understanding of the financial sector, it’s impossible for a business to thrive. Increasingly, financial literacy programs are becoming critical elements of the agenda for governments and economic institutions across the globe. In high-income countries, while the need for more financial education also remains an issue, there is far more information easily obtainable than in low-income countries.

As a result, people in low-income countries are far less likely to take-up financial products, regardless of the extent of the banking services in their country. In high-income countries, financial literacy is heavily correlated with success in retirement planning, investing, debt and mortgages. The more educated the individual, the more financially literate they are.

In the UK, open banking came into force in January 2018 to stimulate competition and innovation amongst the nation’s largest banks. It promotes the leverage of banking transactional data for the recommendation of suitable financial products with a view to helping account holders better manage their money and also to access better financial products and services. Open banking adoption passed one million in January 2020 and is being replicated internationally.

There has been discussions about launching open finance in the UK, a scheme to help consumers manage their savings, loans, investments and pensions. Open finance will provide a single platform view of individuals’ net worth whilst also lowering switching costs considerably.

The success of challenger banks and their digital offerings is evidence enough that businesses and consumers are receptive to greater digitalisation of financial services. The more tech-savvy consumers from Generation Z and the Millennial generation will be even more demanding of what they expect from the fintech ecosystem in the coming years. It’s up to service providers to respond.

There’s a very strong correlation between the unbanked and those living in rural areas. In Mozambique for example, 75% of the rural population is unbanked. Unsurprisingly, the further one lives away from a city, the more likely they are not to have a bank account.

To bridge this divide, there have been several attempts to provide access using mobile banking services, but that isn’t an easy task either. At present, there is still a significant portion of rural inhabitants in Latin America and the Caribbean who have no internet access at all.

Tech giants are stepping into the fray to change this narrative. Facebook is rolling out 37,000 kilometres of underwater cable around Africa to provide the continent with better internet access. The initiative called the Africa Digital Moonshot would aim to provide every government, individual and business in Africa with digital services access by 2030.

If they are successful, then much of Africa will enjoy greater access to banking services before too long, even ones located many miles away from a bank. The list of benefits continue – across Africa, millions of jobs will be created, and businesses benefit from better operational efficiencies, improved access to global commerce and finance.

As more people access financial services and industry innovation gathers steam, regulators need to keep apace, if not proactive. Unfortunately, regulation has been a major barrier to financial inclusion in the past. Countries plagued by a slow pace of financial services sector regulation are left behind which explains why market regulators in the developed world have been watching cryptocurrencies with keen interest over the last decade or so.

Though business owners in the developed world don’t face problems to the same extent as those in Indonesia, but in the modern-day financial system, it’s becoming increasingly difficult for businesses without a “digital persona”. These are usually businesses without the ability to track and control their financial profile online. Much in the same way individuals are expected to cultivate and monitor personal credit scores with credit agencies.

Private companies often aspire towards a capital market listing in what most consider to be the Holy Grail of business. However, this ambition is usually sacrificed on the altar of regulation. Historically, many UK-based private companies have decided against listing on the London Stock Exchange purely because of the cumbersome and expensive regulatory framework. In a comment made recently by the CEO of the exchange, David Schwimmer, “without changes to the framework as it stands, then the exchange will miss out on the next wave of growing tech companies”.

Regulation is crucial to reassure people about the integrity of a market, but it can only go so far before it impedes progress. If the right balance isn’t achieved, then businesses that need access to finance either won’t have enough risk protection or will be excluded from it all together. If

Transaction costs are a major impediment to financial inclusion. Transacting with other institutions, companies or individuals is impossible for many of the World’s unbanked. For the slightly more fortunate, transaction costs can be an unnecessary drag on business costs. The proliferation of digital wallets, challenger banks and their over-the-top digital offerings help reduce transaction costs.

Even more so, the use of real-time payment networks eliminate the need for a middleman to a transaction. This makes it easier for businesses in developing and emerging economies to transact with the developed world. As a result, business owners can concentrate more on growth and less so on damage control, allowing those that were once financially excluded to fully participate.

India’s Unified Payments Interface (UPI), launched in 2016, allows individuals and businesses to receive and send money instantly. Users can link all of their bank accounts and don’t have to share any card or account details. The system supports nearly one billion transactions per month and has helped to bring down transaction costs significantly for private businesses. The experience here is similar to the Open Banking initiative mentioned earlier, one of the hallmarks of which is allowing users discover suitable alternative banking products and services with very minimal switching costs.

Other payment apps have also been effective in helping small and medium-sized businesses access global markets and reduce costs. It must also be mentioned that throughout history, technological innovation and advancement has become synonymous with efficiency which loosely interpreted implies reduction in both cost and time.

Due to these five main reasons, private companies have struggled with haphazard access to finance throughout the 20th century. Digitisation is changing this story for millions of small and family-run businesses globally. The World Bank estimates there are at least 185 million registered companies across the world compared with about 60,000 listed on the world’s major stock markets. Some estimates peg this number at 225 million.

In hindsight, technology has been remarkably effective in addressing obscurity whether in the form of connecting far flung places through travel – shipping, rail & air travel; and communications – telegram, telephony or the internet. For millions of private companies currently grappling with financial markets obscurity, technology will surely provide a way out or a way up, if the past is any guide. This is no longer a question of if, but when.